Yesterday, on a whim, Bryce and I decided it would be fun to go to Chattanooga, TN and see some sites. Since it's less than 3 hours for us and less than 3 hours for Abby (who lives in White House) we called her up and she met us there. First we went to Raccoon Mountain Cave. I tried to convince Madison that we were entering the Chamber of Secrets and we had to hunt the Basilisk. (She's reading Half-Blood Prince right now) Anyway, here's some awesome pictures of the cave. 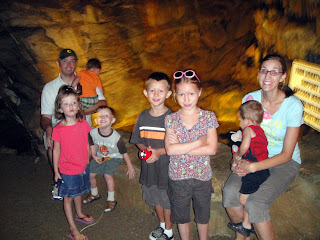 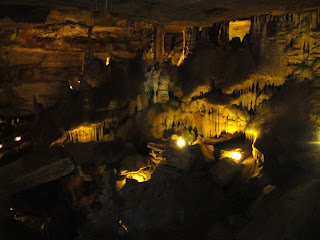 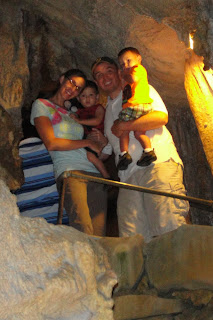 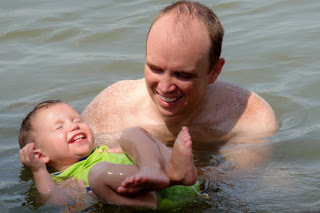 After our cave exploration, (we never did find the giant snake, turns out it's too cold for life inside the cave except the occasional salamandar or bat) we went to the state park for a quick dip in the lake. 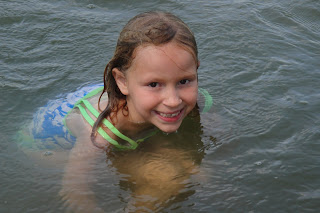 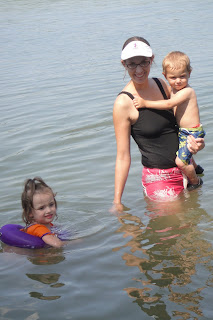 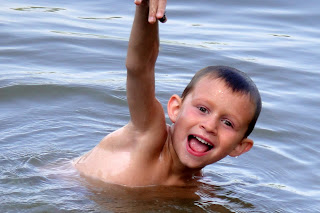 Though it wasn't the funnest place to swim, it felt nice to cool off. The kids had a blast, that's what matters.

When swimming was done, we all had a blizzard at DQ and went our separate ways. It's always sad for me to say goodbye to Abby, even it's only going to be a week and a half until I see her again. So, thanks Babbadel for being flexible yesterday! We had a blast! 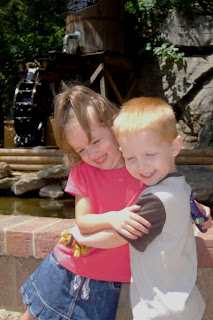 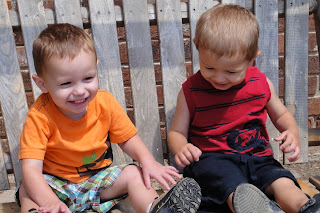 I had such a great time! Well worth the drive. I love getting our kids together, plus nothing can beat hanging out with you and Bryce. I lovvvve it!

Looks like ya had fun and what a cool cave!!! Is that a gang sign Preston is flashing as he is swimming? What are you teaching that boy!!! Not on this side of town- You need to lock up your cans of spray paint! =)

Can't believe how big your kids are getting. We are glad to hear you are doing good.

Ohhhhh! It looks like y'all are having a blast. Those pictures are precious! Gare Bear looks like he's in total glee!

Hi Carter Family, Nice blog! How to add the Glitter Effect Mouse Pointer to your Blog

nice pictures..love them. You will find this interesting Evolution is messed up. #6 will haunt your nightmares. http://instinct01.hostedgalleries.me/go-home-evolution-youre-drunk

nice one!. may fing this interesting.. Evolution is messed up. #6 will haunt your nightmares. http://instinct01.hostedgalleries.me/go-home-evolution-youre-drunk